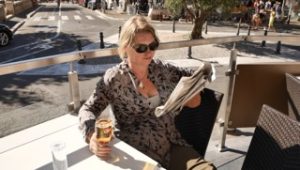 I still love newspapers. I like everything about them, the way they smell, the way they crinkle when you fold them over at the bit you’re reading, the way you don’t have to hang onto them but can drop them on a cafe table for the next customer to enjoy. I read a lot of newspapers this holiday. There is no shortage of news at the moment, what with Brexit and the heightened possibility this creates of “Sexit”

One afternoon, on a powerboat trip, the engine noise too loud for conversation, I crouched over the previous day’’s  FT. It seemed as if wherever I sat a personal deluge of sea water sloshed over me, rather refreshing in the brilliant sunshine. I clutched the paper to my chest to protect it.  My friends were amused to notice the inky headlines of the Big Read smudged onto my chest, cue some teasing about my “reverse Linda Lusardi” moment. (“Some women put their tits on page 3, but others…) But when my husband got a phone call from a work colleague needing advice – “I’m in the Mediterranean. Actually literally,” – it was my turn to smile.  At least when you’re reading a newspaper, it doesn’t suddenly make demands upon you. It’s a one-way street. You read it, it doesn’t read you.

We are in the charming little town of Cassis and on our first day, I found the last surviving newsagent who sells English language papers. His little shop is identified with a yellow Presse sign above it in the street but the entrance is partly hidden and you can walk past it without seeing it, it’s kind of a Harry Potter shop. You have to believe in the future of newspapers to find it. A clue is the bar tabac at the foot of the street, where men sit outside reading newspapers, usually the racing paper “Paris Turf”. Inside it’s quite gloomy, one because I wear prescription sunglasses and two, because it just is quite gloomy. The patron is very worried about his business because fewer and fewer people buy newspapers or magazines these days. My cheery “Ca va?” tended to be greeted with “Il faut continuer.” (One must go on.)

The English papers he had available were usually yesterday’s FT, always today’s Daily Mail, sometimes today’s Telegraph and some random others. Once they had a Guardian. It was with a slight twinge of regret that I returned today’s Telegraph to the stand in order to purchase yesterday’s Guardian.  I also love the French papers. I can’t think a better way of improving my schoolgirl French than sitting over a newspaper and a beer or a coffee in a cafe on the Cote d’Azure, watching the pretty people passing by. Once an American lady stopped by the cafe table where I was reading the FT. “Wow. Where did you get that?” She couldn’t find the shop, so I gave her the newspaper. If I had given her yesterday’s headlines engraved in miniature on a Faberge egg she could not have been more pleased.

The French newspapers had an interesting take on Le Brexit. One day Le Monde carried a grave photo of the top of Boris Johnson’s bowed head, shadows swirling in the space above it. Below him, a West Wing image of Nicola Sturgeon stalking the corridors of Brussels, deep in conversation. “L’Ecosse, est-elle toujours dans sa place?” it asked; French for the Macbeth question “Stands Scotland where it did?”

Le Figaro declared: “Theresa May n’est pas lunatique et sa coiffure est sage.” I may be wrong but to me this means “Theresa May is not a lunatic and her hair-do is good”. To me this suggests that to a  French person, crazy hair equals crazy guy. Someone with wild, un-coiffed hair is probably also in possession of a deeply disordered mind and perhaps a loose moral code. If this is how they think, it seems unlikely that they will ever be able to take Boris Johnsons seriously.

There is a great deal of suspicion. The British government is seen as looking only for its own interests, without regard for the European project. The other member states are urged to get their ducks in line to protect the liberty, egality and fraternity of the EU against perfidious Albion. Le Figaro commented: “The people who perfected the strategy of “Divide and Rule” ( this in English) when they ran an Empire, will find a disunited Europe fertile territory for their machinations.”

With my newspapers, I took a side order of Don Quixote, the great novel by Cervantes, who was a contemporary of Shakespeare. I picked up the copy I have been carting around for 30 years while I was packing and decided it was time I actually read it. The central character DonQui has been reading too many sensational stories and wants to be a knight of Arthurian legend, despite being 50 and short-sighted. In the midst of what we might call a midlife crisis, he careers about the countryside misinterpreting every simple thing he sees to make it fit with his own narrative.  A windmill is an angry giant; a flock of sheep a marauding army. He falls for elaborate spoofs constructed by teasing neighbours. The adventures often end with DonQui coming a cropper and having to be slung over the back of an ass and led to an inn; which he will then imagine is a castle and be hugely offended when handed the bill. At one point the credulous peasant DonQui has enlisted as his squire calls him, with a rhetorical flourish, the Knight of the Rueful Countenance. “What makes you call me that?” asks DonQui. “Well, sire I have been looking at your face recently and it is the most rueful countenance I ever did see.”

What with the newspapers and the sunshine, I may have got a little confused myself. One day as I dozed over my book by the pool, my phone beeped with a news update from the Guardian. I squinted at it and read: “Don Quixote appointed British Foreign Secretary.” 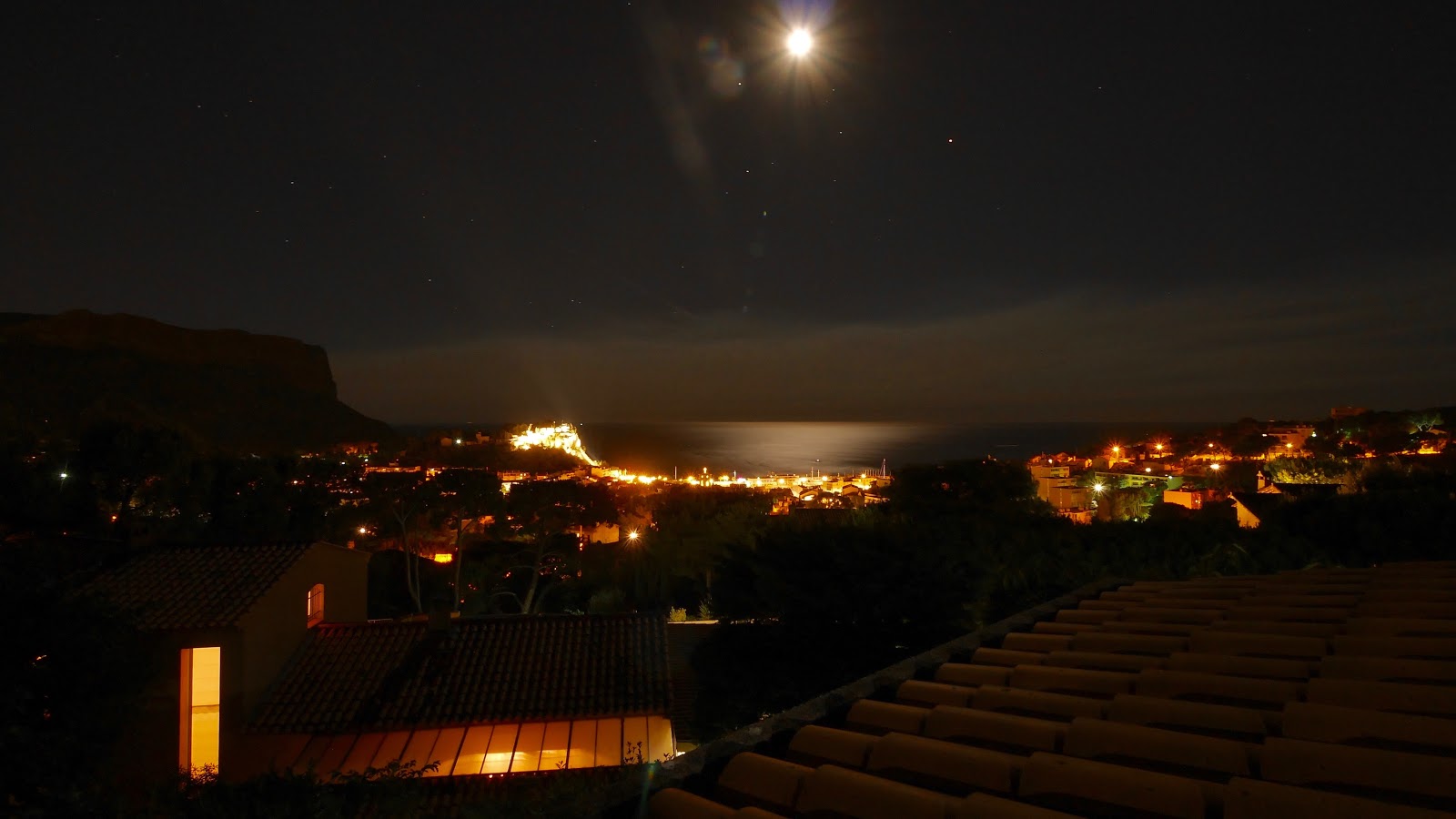