BIOGRAPHY
From The Herald 10.09 2002 : ” Arnold Kemp was considered by many to be the most outstanding Scottish journalist of the second half of the 20th century, being instrumental in modernising and revitalising both the Scotsman and the Glasgow Herald…In his 14-year editorship of the Herald, his urban style attracted readership loyalty and reinvigorated what was an ailing newspaper when he arrived in 1981, as it took on the challenge of great technological change… In 1991 (under his leadership), the circulation peaked, record-breakingly at more than 127,000, before the Murdoch-inspired price-cutting wars began.”
read more

The Arnold Kemp archive you will find on the right hand menu on this page is an attempt to compile some of my father’s writing. For many years, he wrote…

On 5 November 2013, the Centre was pleased to welcome journalist and writer, Jackie Kemp, who discussed ‘1979: Scotland’s First Constitutional Referendum’. Below is this listener’s brief summary of the lecture.

ARNOLD Kemp, a former editor of The Herald, was toasted as “one of Scotland’s finest ever journalists” during an event to celebrate his life at the Aye Write! Festival in Glasgow.

Robin McKie, The Observer’s science correspondent, made the tribute during a wide-ranging, amusing and at times surprising debate that was prompted by his life and work.

Mr Kemp, who died suddenly in 2002 aged 63, would have loved the conversation. 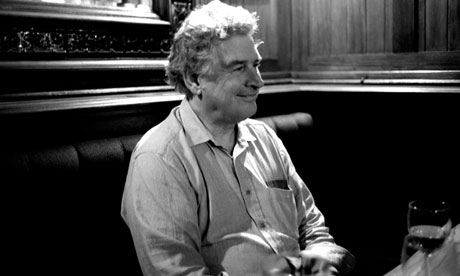 You can buy a copy of “Confusion to our Enemies: selected journalism of Arnold Kemp” direct from me. The cost is £3.99 including postage.  Email me if you cannot get this…

“He was a man you don’t meet every day.” Literary journalist Alan Taylor remembers Arnold Kemp in a review of the forthcoming anthology ‘Confusion to our Enemies’. From the Scottish Review of Books, August 11, 2012. (Note by JK at the end)

‘Like my fellow countrymen,’ he wrote in The Hollow Drum, the only book he published in his lifetime, ‘I am a confused traveller, but I travel hopefully.’ Kemp was writing in 1993 when devolution, let alone independence, seemed a distant prospect. Separatism, as he surmised, was ‘theoretically remote’, not least because of the attitude of Scottish business community who, then as now, were fearful of any change to the status quo. With uncommon prescience, he noted the power of ‘foreign exchange dealers’ and ‘major industrial and commercial enterprises’ and the inﬂuence which they exerted over national governments.

Arnold Kemp’s companion to post-war Scottish politics, ‘The Hollow Drum’, is now available as a Kindle edition from Amazon.The book has been described by Magnus Linklater as “an indispensable guide…

From the Foreword by Professor Tom Devine: Arnold Kemp, one of the greatest of Scottish journalists and editors of the 20th century, died prematurely at the age of 63 in 2002. He edited The Herald with memorable elan and panache between 1981 and 1994 and his prolific writings also regularly graced the pages of the Scotsman, the Guardian and the Observer in a career which spanned more than four decades from the year he began his first job in journalism in 1959 as a sub-editor on the Scotsman, fresh out of Edinburgh University.

AS day breaks the storms blow in again from the south-west. From the radio, left on overnight, come the strains of a sonata; heard faintly against the noise of the wind, it sounds like an Aeolian harp, the notes carried as if from a great and mysterious distance.

Later in the day the tourists walk stiffly but resolutely on the beach as the waves roll in from the Atlantic. Behind them the mist clings to the slopes of an elemental landscape of bog and crag.

The currency may change but life goes on. Ireland, as it prepared for the euro, fell about the Christmas feast as if it hadn’t a care in the world. The free-range Wexford turkey was the least of it: the ancestral Irish festive board is not complete without a ham and a hunk of spiced beef as well.

THE way a nation chooses to queue says much about its culture and economy. A queue represents, the theorists would say, an imbalance between supply and demand and it is at this margin that the tout and the black-marketeer make a living.

Whatever kind of queue it is, whether in Moscow for the bare essentials of life or in Glasgow for tickets to the big game, there are always people who beat the system. They have friends in places high and low; they pull strings; as the French say, they have pistons. I suspect that I always pay more for my air tickets than the chap sitting next to me because beating the system takes more nerve, time and energy than I am prepared to invest in the task.

Scotland and the North of England have been in relative economic decline for almost a century. This situation has not essentially changed. Between 1985 and 1987 the Scottish GDP grew more slowly than that of the UK.

From The Herald 10.09 2002 : ” Arnold Kemp was considered by many to be the most outstanding Scottish journalist of the second half of the 20th century, being instrumental in modernising and revitalising both the Scotsman and the Glasgow Herald…In his 14-year editorship of the Herald, his urbane style attracted readership loyalty and reinvigorated what was an ailing newspaper when he arrived in 1981, as it took on the challenge of great technological change… In 1991 (under his leadership), the circulation peaked, record-breakingly at more than 127,000, before the Murdoch-inspired price-cutting wars began.”