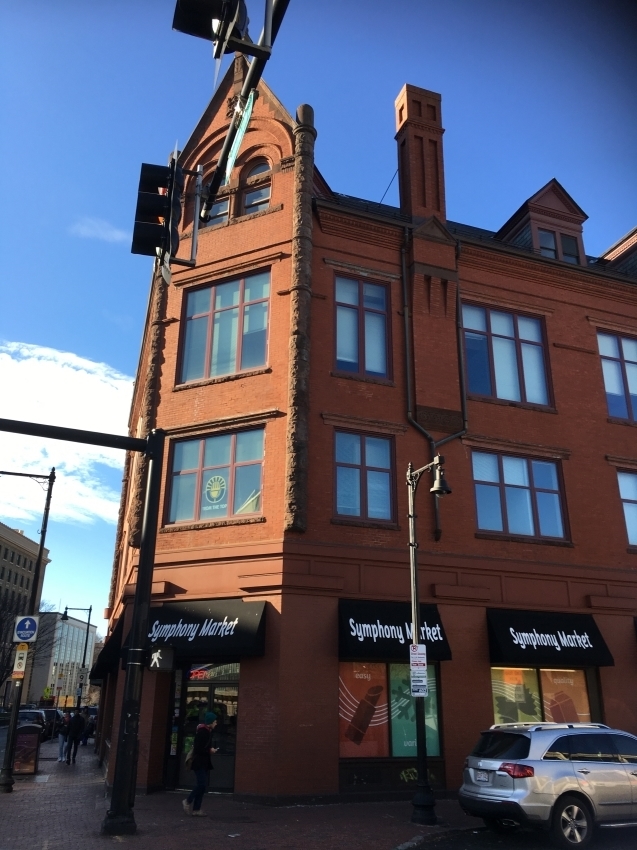 A middle-aged man stands  at a street corner waiting for his customers, wrapped up against the December chill. Master violinmaker Paul Wiessmeyer, along with several others, has been summarily evicted from a Harry-Potter-ish building in Boston’s music quarter.

The place, 295 Huntington Ave was easy to miss - you could walk past the unprepossessing entrance without guessing what was inside up the narrow staircase. Built as a hotel a century or so ago, it became a cultural ecosystem about 60 years ago. There was a symbiosis in its corridors where music students, performers and media types rubbed shoulders.

Leonard Bernstein lived there as a student. Jodi Solomon Speakers’ Bureau who booked Barack Obama for his first public speaking engagements in his Harvard days was based there, alongside the 30-year-old vintage guitar shop, Bay State Vintage Guitars which counted Bob Dylan among its clients; Music Espresso, the largest sheet music bookstore left in the United States, whose owner could point you to and discuss two slightly different scores of the Marriage of Figaro; From the Top, the creators of a music radio show celebrating the passion and talent of rising classical music stars. And Wiessmeyer and Dignan, violin and bow makers and repairers.

The people in the building serviced the needs of the students, teachers and performers of this musical district. In the streets around the T stop “Boston Symphony” are several concert-venues where various Boston orchestras and touring ones perform, and music schools: New England Conservatory, Boston Conservatory, Berklee. On Saturday mornings, the streets are packed with four-wheel drives bringing instrument-carrying children in for tuition.

But a year or so back, the New England Conservatory (NEC) put 295 Huntington on the market. It was snapped up immediately by Dr Gerald Chan. Chan is a billionaire real-estate tycoon and Harvard graduate who aspires to be something of a philanthropist. Dubbed “Boston’s Invisible Billionaire” by the Boston Globe, despite the fact he has had Harvard’s Public Medical School named after his family, Chan snapped up the property immediately.

Subsequently, there was little communication with the tenants. Leases were not renewed, rent invoices were not sent, payments not acknowledged. A little over a month ago all the tenants got noticed telling them to quit.

Tenants have few rights in the US. They are subject to rent escalations, to sudden and arbitrary eviction. In contrast landlords benefit from a tax system which assumes that property depreciates, when it generally does the opposite. Loopholes in the tax code favouring property tycoons are set to be expanded by the tax bill currently going through Congress.

Paul Wiessmeyer, packing up his life’s work last week, pondered the injustice of a world where one man sitting on a huge pile of cash can disrupt the lives of so many fellow citizens with no recourse. Adjusting his glasses, he described himself as “somewhat enraged”. “I compare this to cutting down an old-growth forest. There was so much that happened here musically and culturally. We were a community, an ecosystem.”

The eviction has damaged the prospects and bank balances of most of the businesses. Former friends are reduced to competing against each other for spaces in dingy basements with no natural light. They have had no help with relocation or advice from NEC.

“The irony is at some point the NEC will probably decide that they need a small music business incubator and try to recreate this,” Wiessmeyer said. But it may not be so easy to replace that which has been lost.

For example, Wiessmeyer, the son of a German pattern-maker grew up on Boston’s South Shore and developed an early interest in classical music by studying violin-making at the Mittenwald School in Germany. He makes one violin a year, but has devoted most of his professional life to servicing and repairing the unique and beloved instruments of those who pass through the music quarter.

“I’m no genius but I am good at detail” he says of himself. An example of this is the painstaking process of moving the bridge of a violin. “If the bridge is in the wrong place the student may unintentionally vibrate two strings at once. Or it may not sound as good as it could. The teacher is going to shake their head.”

Another irony is that students pay around $60,000 a year to study at NEC, amongst the most expensive of Boston’s many schools. The borrowed violins they play could be worth up to $500,000. Wiessmeyer charges around $35 to move the bridge. But the cost does not really reflect the skill required. “It’s a highly leveraged point. One or two tenths of a millimetre can make a big difference.” In order to establish what needs to be done, he has to watch the student play. “I force myself to do the detail. I am not thinking about pocketing my handful of dollars and moving on.”

But the decades of devoted service to his craft and to the clients of NEC have bought Paul Wiessmeyer little in the way of recognition or consideration. Evicting the tenants of 295 Huntington will surely further enrich Gerald Chan. But it will impoverish not only the craftsmen and women who called it home, but also the life of Boston’s music quarter. 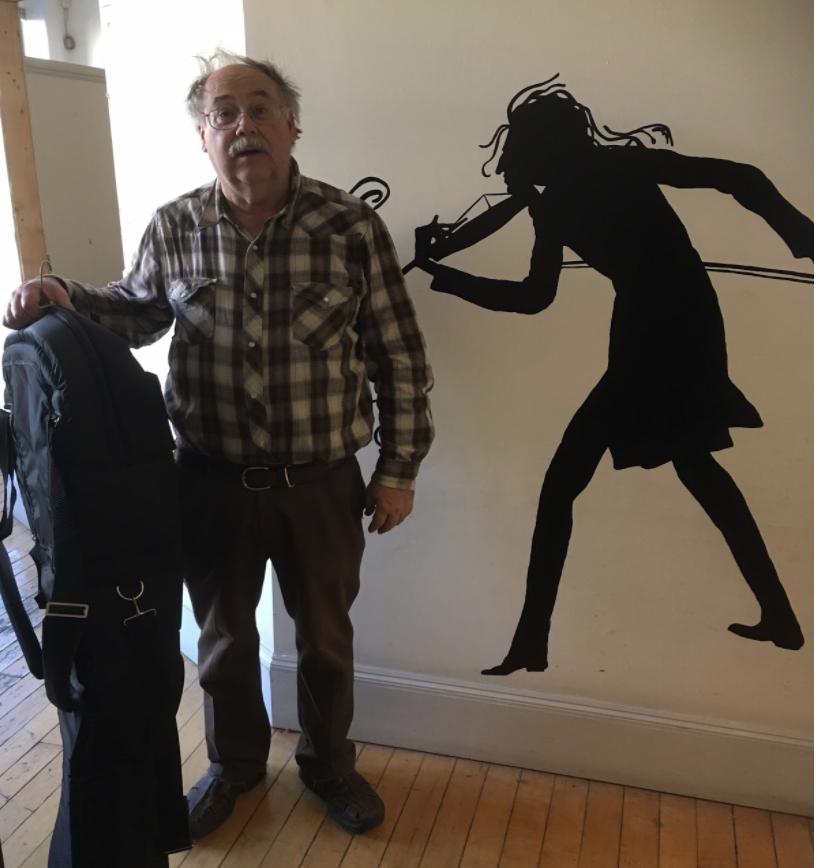 Paul Wiessmweyer in the workshop he used for 30 years.