Paul Wiessmeyer, who I wrote about this week on my "Boson Blog" contacted me about this family of refugees who are hoping to be reunited Monday. On DECEMBER 18, a Turkish Airlines flight 1525 that originated in the Sudan, will land in Dusseldorf, Germany at 13.05 PM. Among the passengers will be an Eritrean mother and her four young sons, recently granted permission to leave a Sudanese refugee camp to be reunited with their father Asmerom in Germany. This will be the first time they see each other in four years. 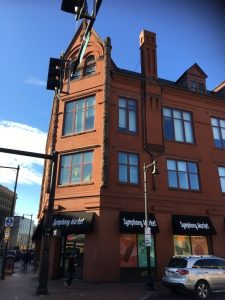 Their legal entry into Germany was made possible by the tireless and relentless efforts of complete strangers, namely my sister-inlaw Lily Zanders and her close friend Christa Bohris. While these two ladies were fighting a seemingly endless stream of red tape, advocating for the family’s legal and safe passage, my mother-inlaw Anneliese Zanders, now 86 years old, met most days with Asmerom at her home.

A goat herder in Eretria, he was tutored by her in the German language and introduced to German culture and a modern European life-style. He often dined with the family and attended all family events such as birthdays, marriages and baptisms. By taking him under her wing, she provided the desolate and often despairing stranger with the measure of comfort and stability this father so desperately needed. I believe, Anneliese’s compassion and her motivation stem in part from her memories of being a young girl in war-torn Europe as she can vividly recall being a refugee herself after the Allied bombings.

For the past 4 years, these three ladies from the small town of Lobberich , with the assistance of the rare politician, lawyer and occasional volunteer, have tirelessly battled the bureaucratic and financial barriers put in place by the governments of Germany, Eritrea, and the Sudan to spare a mother and four young children the illegal and dangerous passage on a raft across the Mediterranean.

To follow through on this long and often frustrating, arduous task to reunite a family is to demonstrate that, through the acts of kindness and caring by individuals, humanity and the world can be made to be a more civil hospitable environment. I think this is a very important point to make during the holiday season and for our current state of world affairs. Very few of us are willing to battle big brother’s bureaucracies to defend our own rights let alone the rights of complete strangers. Incidentally, they managed to achieve their goal the old fashioned way. Much of the assistance they received came primarily from family and friends and from the people of the older generation. There was no “go fund me” campaign.