First published in the Sunday National, November 7 – (update, Mathias receive his visa on Monday and arrives tomorrow Tuesday Nov 9 for the last days of COP26) 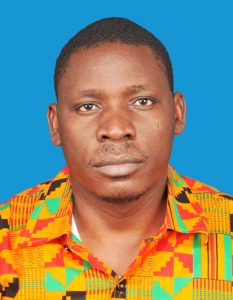 A senior delegate from Tanzania to COP 26 due to arrive in Glasgow yesterday was unable to travel because the visa he was to collect from the British High Commission was not handed over on Friday. The Dutch charity funding Mathias Lyamunda’s travel branded the UK’s COP  “exclusive”, with other delegates’ visas delayed and translation services unavailable.

Coincidentally, the news comes as it was reported that Home Office Minister Priti Patel who has chosen to maintain an explicit ‘hostile environment’  policy towards immigrants to the UK was spotted in the city. Bella Caledonia reported that Patel was attending a reception at the Hilton Grosvenor in the West End on Friday.

Despite having a letter from the UN asking the UK Government to expedite travel for COP delegates, Mathias Lyamunda, Executive Director of the Foundation for Environmental Management and Campaign against Poverty (FEMAPO) was “very disappointed” not to be given the visa which the UK Government’s own tracking system showed as ‘ready for collection’.

Fiona Dragstra, senior regional programme coordinator for Africa at Netherlands-based charity at Both ENDS, said: “ We are angry and frustrated but not surprised. Getting to the UK is nearly impossible. It takes an incredible amount of time and resources and there is still no guarantee.  We work with Mathias on the Green Climate Fund, he is the director of a leading NGO in Tanzania and we feel it is important to have him at the COP. ”

She said another delegate from Mozambique funded by the charity has had their visa delayed. She was also angry that partners from Mozambique and Burkina Faso speaking at side events were unable to access translation series from Portuguese and French to English. “It felt like a slap in the face to people who prepared their intervention well. This COP seems exclusive.”

Matthias, an expert on assessing the impact of charity initiatives on local people, said: “There was no explanation or apology.”  Matthias handed over his passport and paperwork two weeks ago, as soon as his funding and accommodation were in place. “I work for a grassroots organisation and we don’t have access to much funding. The cost of the visa application is very high – it is $135 for the visa itself. The British Government also uses a commercial partner who checks the visas. We had to pay $170 for this service. An average Tanzanian wage is $2 a day so these are big sums for us to layout.” He found a place to stay through the HomeStay network just before applying for the visa.

Mathias said he was not the only person who didn’t get their visa at the British High Commission in Dar es Salaam on Friday as expected. “There were a lot of people there who were really upset. There were people in tears. They were all expecting to collect UK visas that the digital system said were there. Many of them would not have been able to change their flights.” Matthias said he has previously traveled to the EU without experiencing the same issues.

Mathias still hopes to get his visa and travel on Monday to COP where he wants to raise the pressing issues to do with climate and poverty Tanzanians face. “For example, most people in rural areas rely on charcoal and firewood to cook food. “This means that trees are cut down for fuel – the smoke is also bad for their health. The area around the village where I grew up was once a dense forest but it is now bare earth.” Tanzanians need access to renewable energy technology solutions.

A Home Office spokesperson said: “We make it very clear, including on the COP26 website, that visa applications will typically take up to 15 working days. Mr Lyamunda applied on 25 October – nine days prior to his intended travel date. His application was processed within six working days and he will be contacted when the visa is ready for collection.”