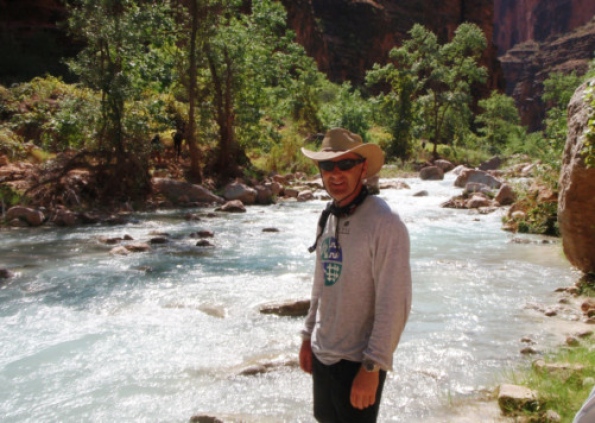 Dr Stephen Churcher, who has died at the age of 46, was a scientific innovator and entrepreneur whose work had implications for the future of many devices we use today, from wind turbines to running shoes.

A high-powered individual who would unwind from his working day by teaching himself languages or improving his skill on the guitar, Dr Churcher was the founder and managing director of technology firm Dukosi and was working on prototypes of more efficient battery systems, which could allow wind power generation to get over the problem of spikes in supply by storing power, and which could be used in hybrid and electric cars and bicycles.

The Edinburgh University Honorary Fellow also had a leading role in a European consortium called “Runsafer”, which is developing a running shoe with embedded electronics to collect information that could be used to help to prevent injury and to improve training.

Dr Churcher, who described himself on his Twitter profile as: “Entrepreneur, parent, Grand Canyon kayaker, performance improvement enthusiast, lover of wild places, adventure sports and good food”, was also a keen sportsman who enjoyed rock climbing and canoeing. He died in a road accident as he returned by bike from work to the home in Bonnyrigg that he shared with his wife Linda and children Kay, 17, and Mark, 15.

A “people person” who collected friends and enjoyed meeting people, Dr Churcher found many opportunities to use his skills to help others. He manned a safety boat to support swimmers at Gullane triathlon, organised the Grandtully slalom event for Forth Canoe Club, where he was treasurer, and also took part in charity triathlon and cycling events. A Stephen Churcher Memorial Trophy for the Scottish Canoe Slalom Championships is to be created in his honour.

Dr Churcher was educated at Lasswade Primary and High School where he was made Dux. His passion for canoeing was sparked on a PGL holiday in Wales he took at the age of 15 and as a schoolboy he represented Scotland in the Scottish Canoe Association team at a canoe polo event.

In 1989, he graduated from the University of Edinburgh with a first class honours in Electrical and Electronic Engineering and completed a doctorate sponsored by British Aerospace in 1992.

For the next seven years Dr Churcher worked with American technology firm Xilinx, mainly as a project leader in the field of integrated circuits, also known as microchips, which are found in all electronic devices. Soon, he was managing an engineering team in California as well as a design team in Edinburgh, and during this time he was awarded three US patents for integrated circuit design.

In 1999, he co-founded a new company, part Edinburgh University spin-off and part Finnish subsidiary, called Elektrobit(UK) which worked on designs for applications such as Bluetooth and WiFi.

In 2003, he bought the integrated circuit part of Elektrobit and took it into a new company which he founded with his university friend and associate Joel Sylvester, who plans to continue with their work. The name, Dukosi, was adapted from the Nepalese whitewater river Dubh Kosi.

In August last year he won funding from Scottish Enterprise and angel investors to create prototypes of high power lithium ion battery systems, an application he believed would assist the wind power industry to overcome the difficulties of matching generating capacity to grid load demands.

In 1992, Dr Churcher married fellow scientist, Linda Churcher, whom he met at the age of 25 at a course for PHD students in Sheffield. She is now a senior technical editor at marine publishers Witherby Publishing Group.

The Churchers are a close family and Stephen’s parents Chris and Ron were near neighbours to their son and his family in Bonnyrigg. Daughter Kay, a pupil at George Watson’s College, delivered a moving eulogy for her father to a packed funeral at Warriston Crematorium in Edinburgh. She spoke of her father’s “capacity for joy” and said: “He took particular joy in Mark and me. He enjoyed playing with us when we were young. But I think he enjoyed us more once we were old enough to participate in his sense of humour although, to those who knew him, you would know that we didn’t have to grow up much.

“Every day when he came home from work, the door would close and I would run from wherever I was in the house yelling, ‘Daddy’s home!’ I would take a flying leap and hug him. It started out as a joke but over time it became a daily show of affection that we both looked forward to and that I will miss terribly.”

She added: “He loved my mum so much. I rememer being surprised that they were engaged after courting for only nine months and were married nine months later. He said to me: “Well, when you know, you know.” They showed their love to each other every day. Despite jokes about them embarrassing me, they never did. I was proud to have such loving parents.”