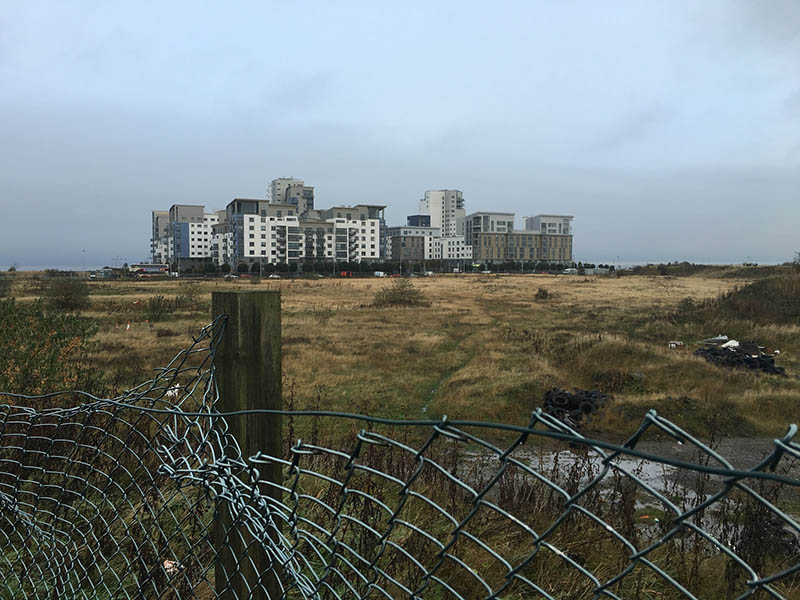 Update: Fri November 20. The Evening News on the tram situation.

IF EDINBURGH is entering a period of decline which may last the rest of the 21st century, the SNP will have to shoulder a great deal of blame.

At a time when the city has never been more in need of strong leadership, vision and imagination for its future it is being sabotaged by a party which is prepared to sacrifice the economic prosperity of the capital to a populist agenda it believes will further its nationalist project.

Since the SNP administration took over at Holyrood in 2007, it has sucked more and more power to the centre and left the capital city underfunded and with its ability to make decisions constantly undermined.  The council lacks capacity and the city seems without a clear vision or a coherent plan for the future.

The iconic infrastructure project of the trams is half-finished and sends out a message of pathetic incompetence. The SNP group on the council has let it be known that that it plans at this week’s council meeting on Thurs 19 November to vote against extending the tram line to Leith and Newhaven even though that would  complete a costly piece of work the city has already paid for. That’s a terrible decision. It’s a tough, competitive world out there and if Edinburgh wants to maintain its position as a strong financial and business centre it needs to send out the right messages.

Edinburgh’s weak and failing voice and its current hemorrhaging of jobs, influence and prosperity is a contrast with London which has pushed through with huge projects: the renovation of Kings Cross; the extension of the Jubilee Line; Crossrail. London has an elected mayor, political clout, big budgets, it has a strong voice. It is working successfully with developers within a strong planning framework to create modern buildings that enhance the city. London is taken seriously as an engine that drives the economy of the UK.

Edinburgh in contrast is kicked more than it is helped by Holyrood.  The SNP has introduced a very high property tax on more expensive homes and it has pledged to reintroduce the 50% rate of tax for those earning more than £150,000. These policies are not likely to help it to attract businesses either to come to the city or to remain in it.

But the SNP’s recent party political broadcast “A Tale of Two Cities” showed the extent of its complacency and hubris. Its “London bad: Edinburgh good” message failed to acknowledge the growing gap in smart engagement with the future between the two cities.

The SNP is not of course about to nationalise the banks; that horse has already bolted. It didn’t cause the banking crisis but it fails to acknowledge the extent of the problem. HBOS and RBS shifting of senior jobs from Edinburgh have decimated its financial sector.

Tourism, culture and education which are other key areas of importance to London are all supported by a strong planning regime, creating great buildings which enhance the city. But too many of Edinburgh’s recent buildings look cheap and ugly. Recently the Observer carried an article suggesting Edinburgh could be in danger of losing its UNESCO status. It christened the proposed replacement for the 1970s St James shopping centre ‘The Turd’. It’s a name that may stick.

Back down towards the sea where the trams don’t go, Leith is the biggest residential area in Europe without a rail link, It was supposed to be the area into which the city was to grow. There were grand plans; a Guggenheim; bars, restaurants, mixed housing.

Down by Victoria Quay where the Scottish Government has its office is an area called the Waterfront. An attractive fountain and outdoor seating decorate a cobbled street with glass fronted restaurants, shops and offices. It was going to be a vibrant hub of the new area. But now several restaurants and shops and empty. For rent signs fly from offices. The places that are open are dead. People don’t make it along here much out of office hours and some very good restaurants have have to close their doors. The cobbles are broken and slippy. The street ends in a patch of empty waste ground where a robin is singing in a copse of birch trees. Past Ocean Terminal there is a bread factory due for demolition and then an Asda with a busy carpark. Beyond it a road that was presumably intended to lead to a housing estate fizzles out at a crisp-packet covered bank and a chainlink fence.

It won’t be easy to persuade developers to do anything down here if the nettle is not grasped soon. Developers want to work with city authorities that are clear and positive; who can say with confidence: “Build here, people are going to want to live and work in this area. There will be buyers for these flats and office. This is going to be a vibrant area. We will support you with infrastructure.” Can Edinburgh afford not to complete the tramline?