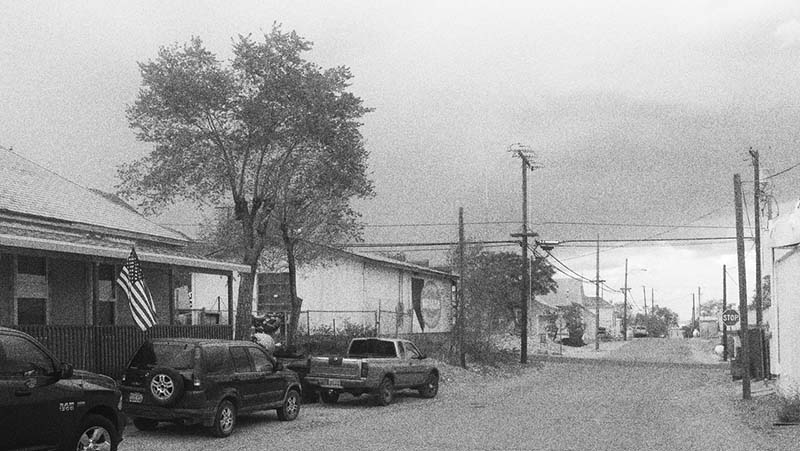 1 Not everyone who voted for Trump is a racist or a misogynist.

The terms middle and working class are used almost interchangeably in America – but It was apparently the women of what we call in the UK the skilled working class who broke bigly for Trump in the rust belt. A friend in the UK emailed me to ask how American women could vote for such a misogynistic candidate. It may have been because many of these women are mothers who fear for their sons as well as their daughters.

Life in today’s America is unforgiving. Maybe they are managing, if one paycheck away from disaster, but they see their children facing a life that is to be harder than theirs. The moorings of adult life, the links that connect young people to their communities, are no longer holding. Things like being able to do an honest day’s work and go home with money in your pocket, a job, a home, marriage, a family are tantalisingly out of reach for a growing number. Once-ordinary achievements acquire a glamour that was once reserved for celebrity. Routes out are hard to find, especially for those who are not academic. They want work.

2 It was the economy stupid.

There were lots of allegations, some true, many false about both of the candidates. Trump’s policies were incoherent, his debate performances were lamentable. He is untried in politics. But he was the ‘change’ candidate. And his promises to spend a trillion dollars on infrastructure and to give tax breaks to the rich to build may have struck a chord. People I speak to don’t have a lot of confidence that this will work but many of them clearly decided it was worth a shot.

The social issues about which we heard so much, were in the end, dismissed by portions of the electorate. This is a macho country and the women can be macho too, with gimlet eyes and rasping voices. On a vox pop of female Trump supporters, being asked about women accusing Trump of making offensive remarks about their weight, one of them snarled: “I think they should grow a pair.”

3 Trump is a punk rock politician.

The TV news landscape in the US is incredibly shallow. There are no longer any serious news shows which have quality reporting at their heart. They used to exist here but have been discontinued because they don’t make money. In this empty landscape of endless space being filled by people with nothing new to say and desperate for ratings, Trump’s remarks disrupted the news cycle constantly. Using the tactics spelled out by Malcolm McLaren in the Great Rock and Roll Swindle, Trump pricked the press endlessly with posturing insults. “She had blood coming out of her wherever”, he said and the resulting coverage went on for days. He took Andy Warhol’s techniques and created not culture shock art but culture shock politics.

Adapting techniques developed by the darlings of BritArt, he found the sweet spot of controversy and milked it for all it was worth. Like Damien Hearst, whose  diamond-encrusted human skull was famously entitled “For the Love of God”, because that’s what his mother said when she saw it, Trump proved once again that you can repackage outrage and sell it as the next big thing.

When the Sex Pistols played their punk version of the British national anthem on a barge in the Thames during the Queen’s jubilee, they didn’t actually want to overthrow the monarchy. They were actually pursuing fame and money.

4 Some of the reaction from Europe is overblown.

A lot of the comment from Europe, such as this speech from the Irish Senator Aodhán O’Riordáin which has been widely shared on social media, is a touch overwrought. Some of it may be verging on the offensive. Trump may be be an unpleasant narcissist who surrounds himself with awful old rogues but he won a free and fair election.

Trump is an opportunist rather than an ideologue. There is no evidence at this point that he is a fascist. Peaceful protest at the result of the election has been facilitated and respected. Crash barriers were erected to allow demonstrators close to Trump tower in New York. There has probably been less trouble than there was when Obama was elected. Unlike the nasty mess of Brexit which will trundle on for years, there will be another election in the US in four years time.

5 The people of the USA have largely accepted the result.

Almost as soon as the election was over, there was a subtle shift in the response here, led by Hillary Clinton’s graceful concession speech. Many Americans feel that respect is due to the office of President, if not to its holder. They may have fears and concerns but they are ready to accept the result and to hope for the best.

Right after the election, the New York Times which has had a go at Trump every single day had a front page article about the things that Democrats and Republicans can agree on. Much needed infrastructure spending is central. The paper held out the prospect of a new long-postponed tunnel under the Hudson getting the go-ahead. If built, it will likely be gold plated and called  the “Trump Tunnel”. But it will still enable New Yorkers to get across the river.